Creating and analyzing the seismomectonic model of Hungary

Get an insight into the structure of the Earth’s crust, learn more about the faults created by past earthquakes and create a model for Hungary that will help in risk assessment and large-scale infrastructure development. Briefly, this is the main aim of the joint research program of the Institute of Earth Physics and Space Science and the GEOMEGA Ltd. The creation of the seismotectonic model of Hungary will be accomplished owing to the support of the excellence program of the National Research, Development and Innovation Office with a grant of HUF 206 million.

From time to time earthquakes occur in Hungary although the vast majority of them are not felt by the residents, events causing major damages are take place only in every 20-30 years. However, this is still an important issue that needs to be addressed: – Although earthquake activity is moderate in the Pannonian Basin, there were historic seismic events that caused serious devastation in the past. Nowadays, a large earthquake may have unpredictable consequences as a result of the highly urbanized environment, says one of the project researchers. For this reason, the consortium participants are convinced that it is essential for researchers to have a better picture on the causes, precursors and generation mechanism of major earthquakes, as well as the process itself and its anticipated consequences.

Nowadays the large amount of structural geophysical and drilling data as well as satellite Earth observation missions provide remarkable development and foster the compilation of the seismotectonic model. The model will base on the comprehensive analysis of the available data sets and provide the active and seismogenic faults on regional-scale, the distribution and focal mechanism of earthquakes epicenters and the most sensitive locations regarding earthquake hazard. Researchers are convinced that the model will prove to be useful both in social and economic aspects as it can serve as a basis for local seismic risk analyzes and strategic planning for infrastructure development and hence mitigating the expected consequences of earthquakes.

The 2018-1.2.1-NKP-2018-00007 project entitled Creating and Analyzing the Seismotectonic Model of Hungary is funded by the National Excellence Program and the grant of HUF 206,358,710 from the National Research Development and Innovation Fund. The consortium leader is the Institute of Earth Physics and Space Science, its partner is the GEOMEGA Ltd. The project started on January 1, 2019 and ends on December 31, 2021. 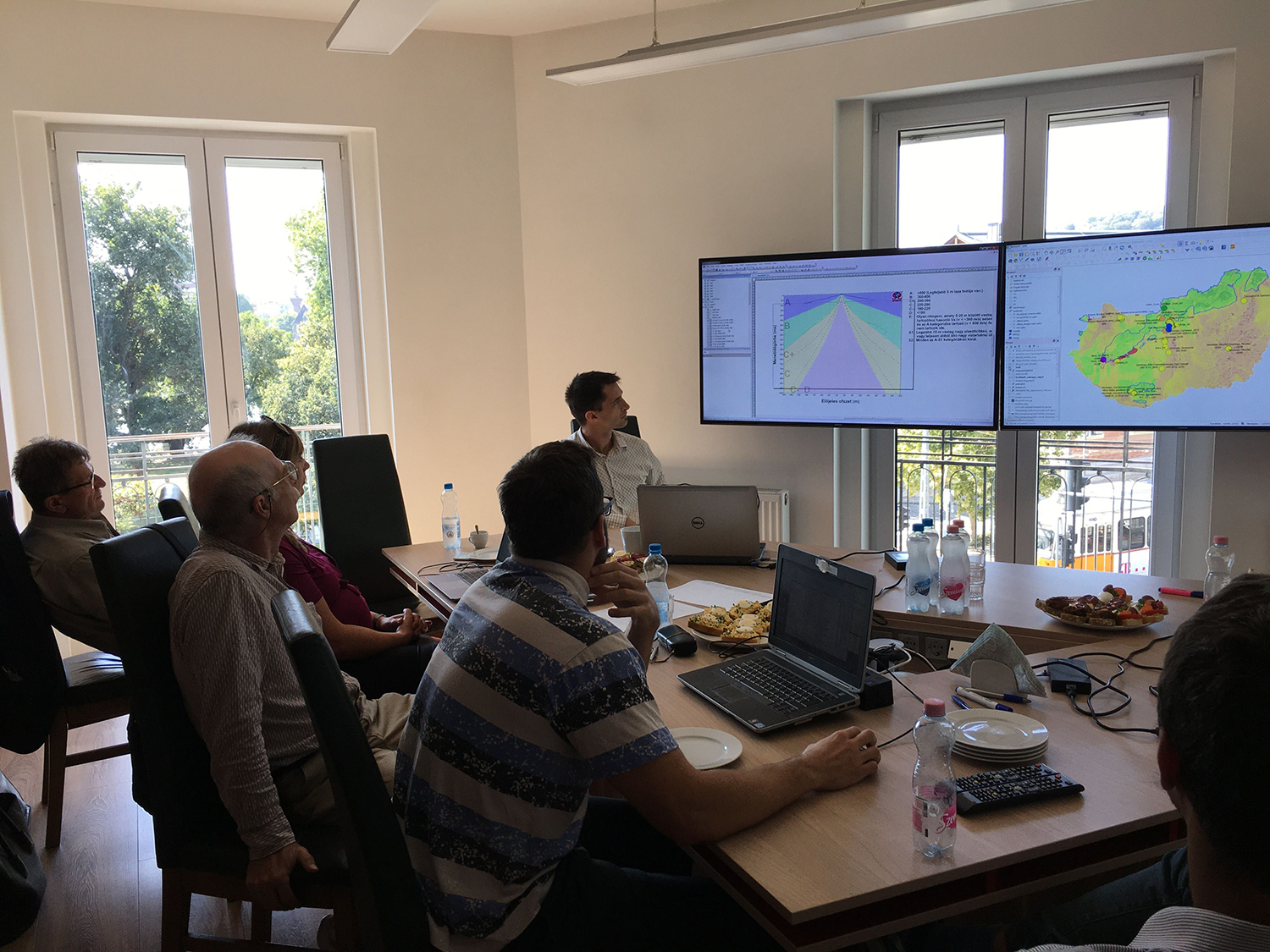 Progress meeting of the project, overview of tasks scheduled for 2020. 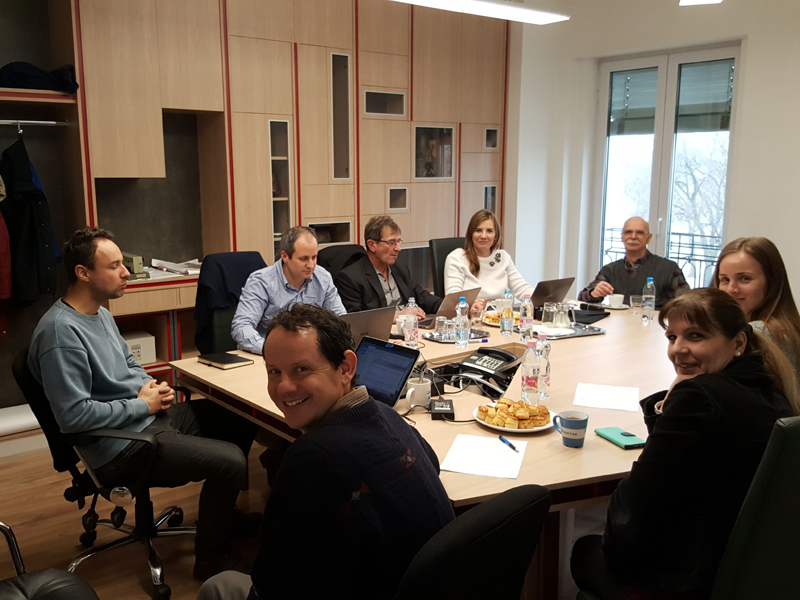 Evaluation of the first year, definition of tasks and work schedule for 2020. 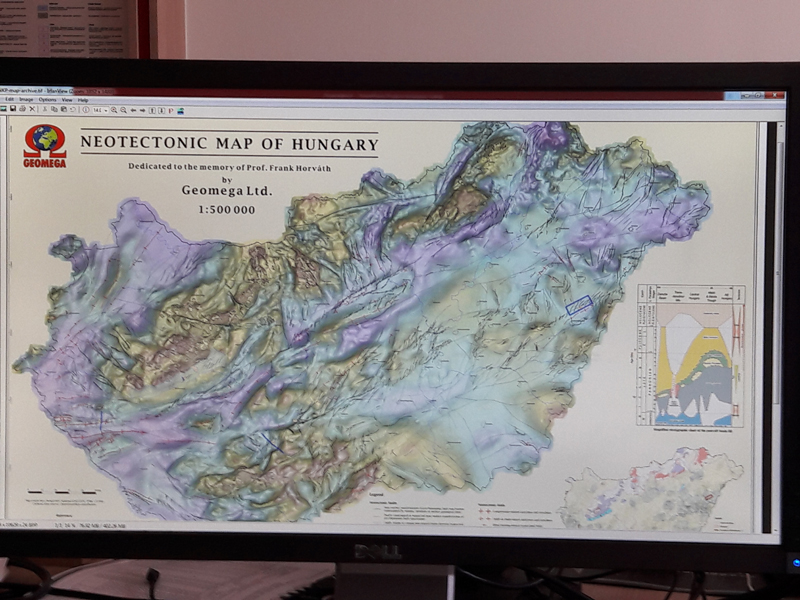 Almost finished: only minor adjustments needed for the new neotectonic map of Hungary 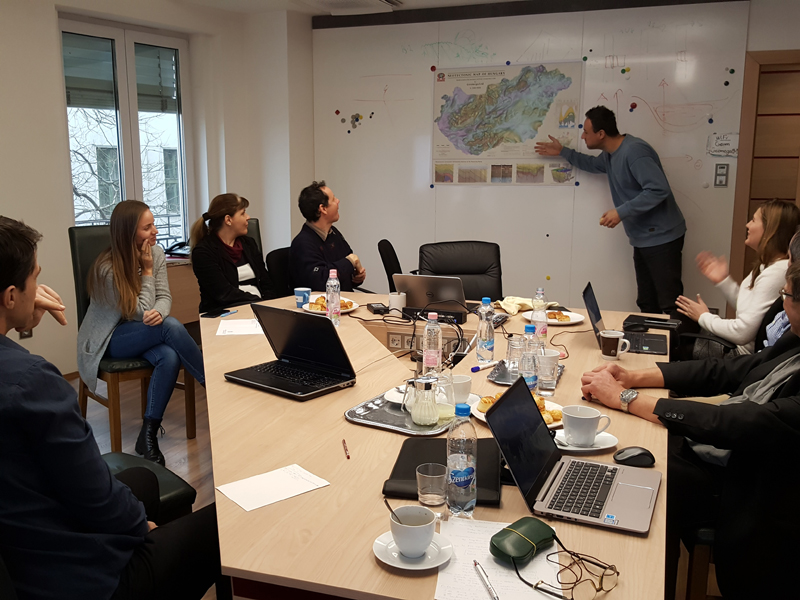 Introduction and discussion of the new neotectonic map of Hungary with the project participants (Geomega office, Budapest) 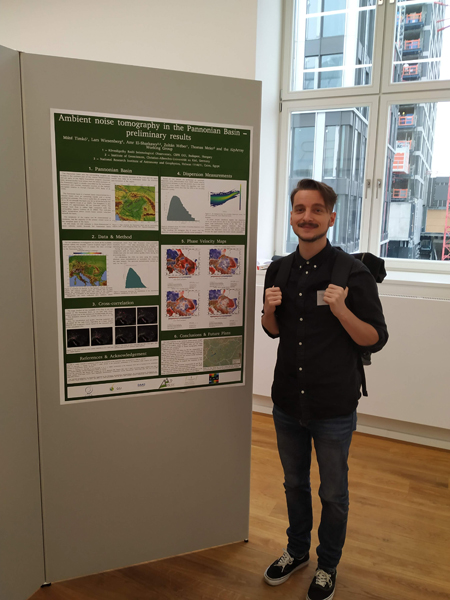 Participation of PhD students at the AlpArray Scientific meeting in Frankfurt 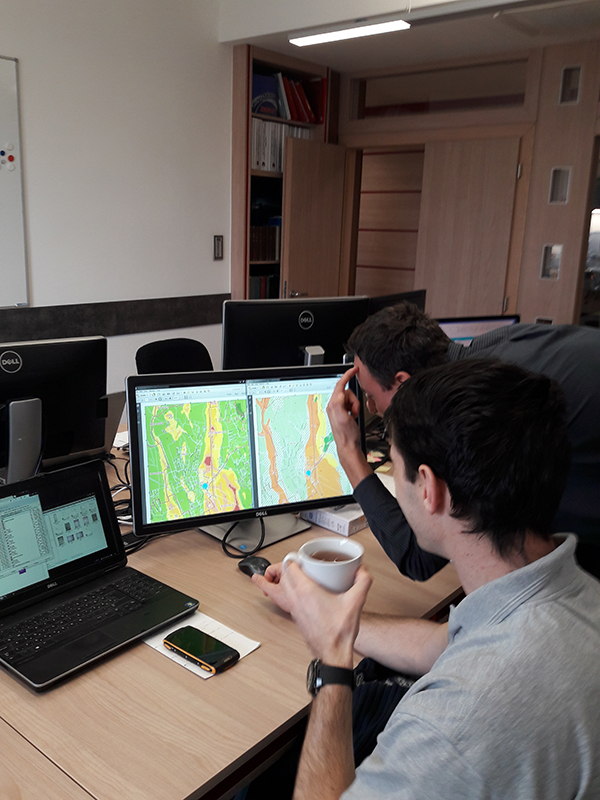 Why it did not occur me earlier? –  Analysis of geomorphologic relationships at a potential Vs30 survey site Oh yes, it will be a suitable site… –  Analysis of geomorphologic relationships at a potential Vs30 survey site 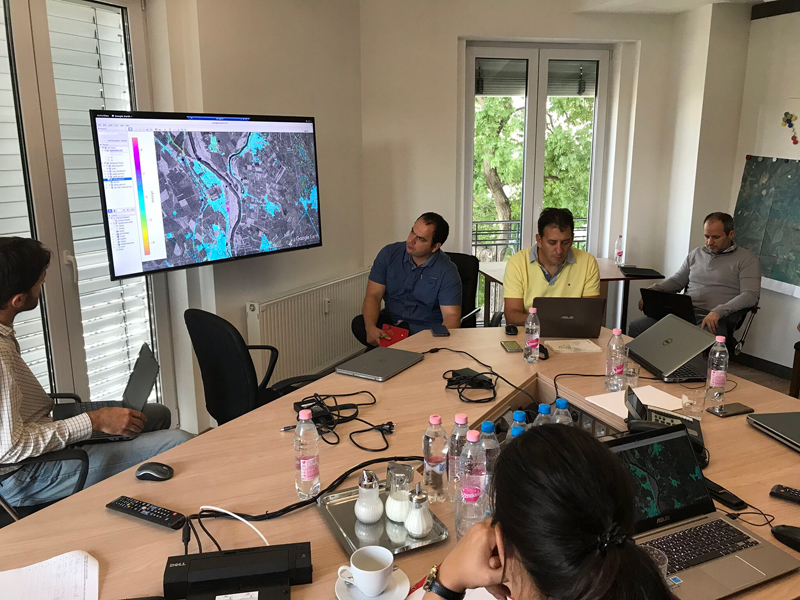 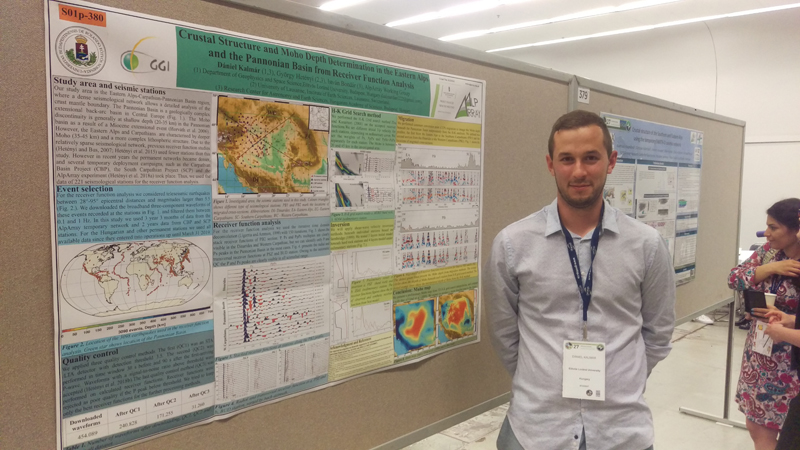 Participation at the IUGG conference held in Montreal, July 2019 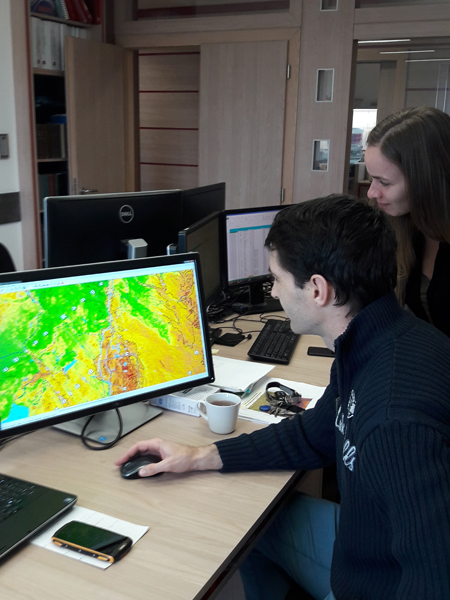 Final adjustments of the new topographic slope map of Hungary 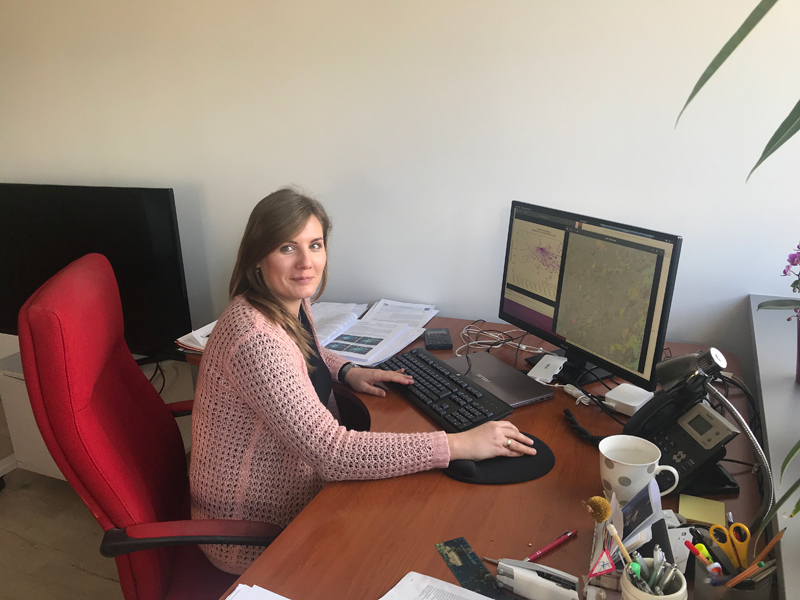 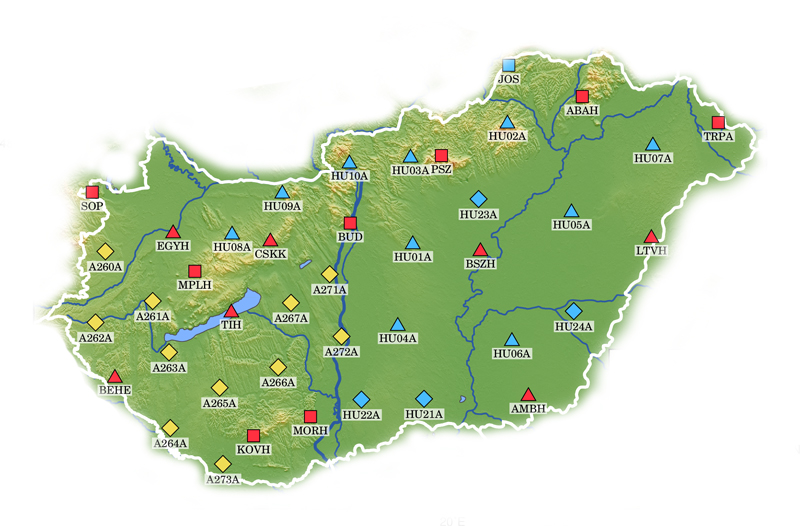 The densified Hungarian Seismological Network, it will form the basis of investigating deep structures by seismic methods. 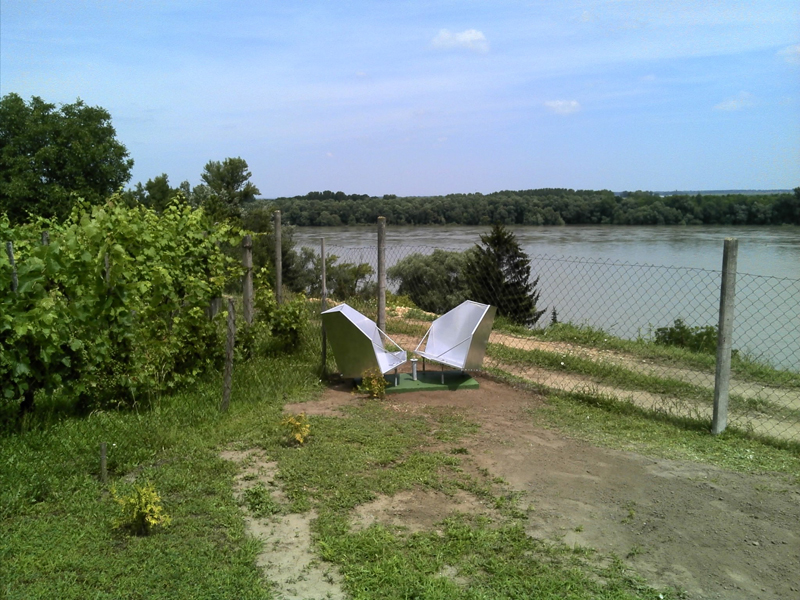 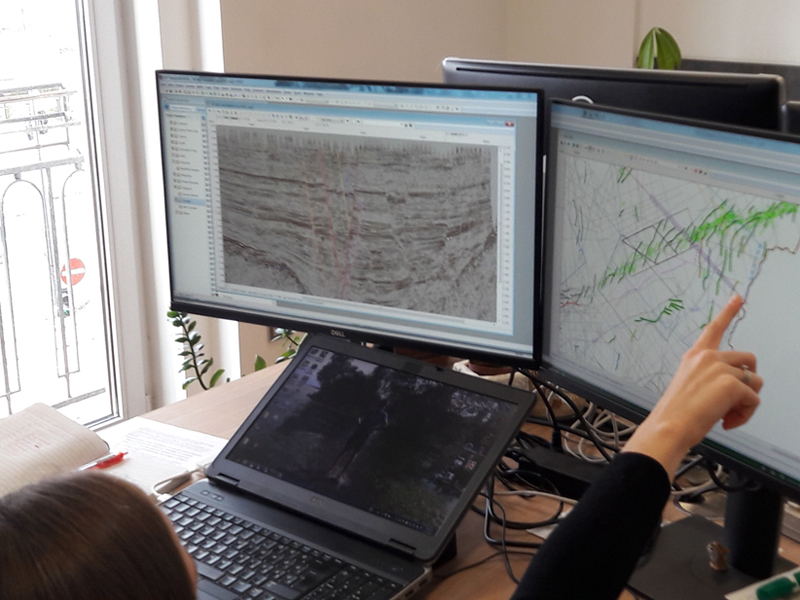 Preparation of the new neotectonic map of Hungary: analysis of a seismic profile from the Derecske through PhD students presenting their research at the European Geoscience Union conference in Vienna, 2019 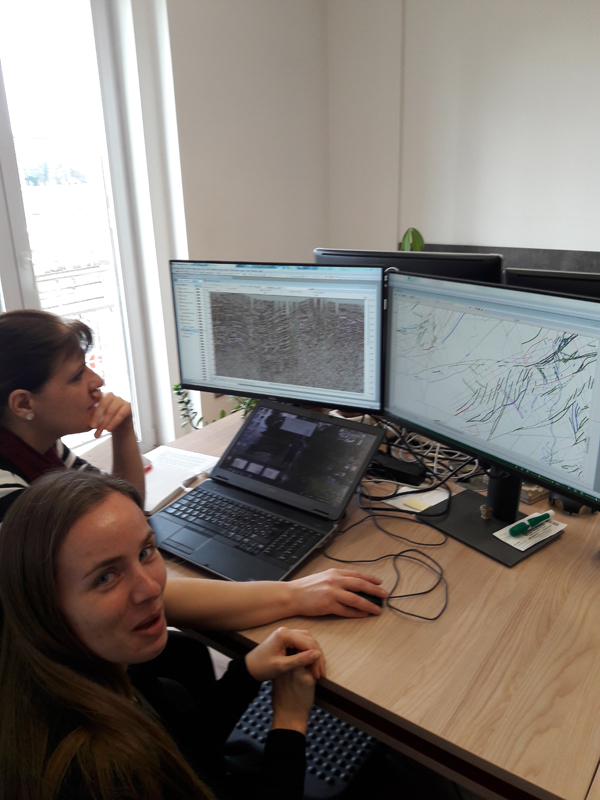 Preparation of the new neotectonic map of Hungary: analysis of a seismic profile from the Bonyhád basin Kick-off meeting was held January 29 2019 in Sopron. The aim of the project is the determination of the seismotectonic vulnerability in Hungary by analysing and interpreting seismogenic structures connected to neotectonic fault zones, local stress field, more accurate epicenter determinations, surface deformations from space geodesy and local geological effects.